The Lady and the Octopus: How Jeanne Villepreux-Power Invented Aquariums and Revolutionized Marine Biology (Hardcover) 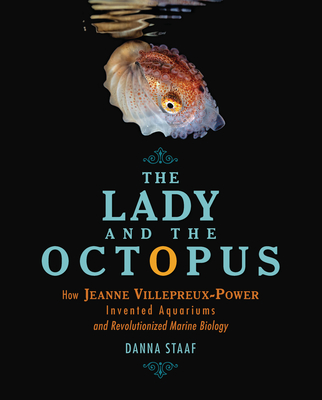 The Lady and the Octopus: How Jeanne Villepreux-Power Invented Aquariums and Revolutionized Marine Biology (Hardcover)

Jeanne Villepreux-Power was never expected to be a scientist. Born in 1794 in a French village more than 100 miles from the ocean, she pursued an improbable path that brought her to the island of Sicily. There, she took up natural history and solved the two-thousand-year-old mystery of how of the argonaut octopus gets its shell.

In an era when most research focused on dead specimens, Jeanne was determined to experiment on living animals. And to keep sea creatures alive for her studies, she had to invent a contraption to hold them--the aquarium. Her remarkable life story is told by author, marine biologist, and octopus enthusiast Danna Staaf.