From Flanders Fields to the Moviegoer (Hardcover) 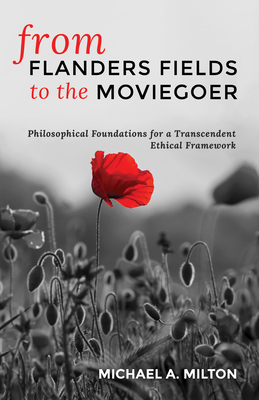 From Flanders Fields to the Moviegoer (Hardcover)

By Michael A. Milton


Available to Order - Usually Arrives in Our Store in 4 to 7 Days
How do educators, clergy, attorneys, and the concerned public come to terms with meaningful, workable ethics in an age that eschews any attempt to define truth and error? Michael A. Milton has addressed that question in the new monograph, From Flanders Field to the Moviegoer: Philosophical Foundations for a Transcendent Ethical Framework. Milton draws on English literature, sociology, history, public policy, and theology to mark milestones in the cultural journey from the philosophical crisis after World War I, the end of modernity and the introduction of the ""theater of the absurd"" in post-modernity. Rather than merely a survey, this monograph proposes a ""way forward"" in teaching metaphysical ethics. Originally given as a paper before American and British defense leaders in Washington, DC, Milton's original paper is now expanded for use in undergraduate, graduate, and postgraduate classrooms, as well as libraries and professional military education.
Michael A. Milton is the Provost and James H. Ragsdale Chair of Missions and Evangelism at Erskine Theological Seminary. The former Chancellor-President of Reformed Seminary, Milton is an ordained Presbyterian minister (PCA, ARP) and served as senior minister of the historic First Presbyterian Church, Chattanooga, and planted three churches in Kansas, Georgia, and North Carolina, as well as founded a preparatory academy in the Kansas City area. Milton is a retired chaplain (colonel) in the US Army after thirty-two years of service. Among other duties, Milton educated military officers in ethics and related subjects at the Army Chaplain School. Mike and his wife, Mae, reside in North Carolina.