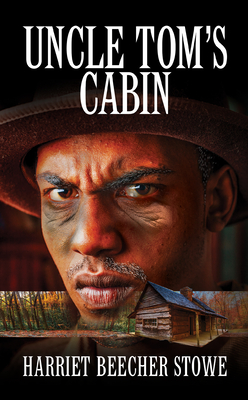 
Available to Order - Usually Arrives in Our Store in 4 to 7 Days
This beautifully designed unabridged edition includes both Volume I and Volume II. Uncle Tom's Cabin, or Life Among the Lowly is an anti-slavery novel by American author Harriet Beecher Stowe. The lives and losses of slaves in the American south are portrayed in this unflinching indictment of slavery. The book is credited with helping fuel the abolitionist cause in the 1850s and it helped lay the groundwork for the Civil War. In the first year after the novel was published, 300,000 copies were sold in the United States and one million copies in Great Britain. It was the best-selling novel of the 19th century and the second best-selling book of that century, following the Bible. Stowe, a Connecticut-born teacher at the Hartford Female Seminary and an active abolitionist, featured the character of Uncle Tom, a long-suffering black slave around whom the stories of other characters revolve. When a benevolent landowner decides to sell two slaves, Uncle Tom and Eliza, in order to raise funds, their lives follow divergent paths. While Eliza escapes to eventual freedom, Uncle Tom is repeatedly sold until he ends up working on the prosperous Legree plantation, where his very life is destroyed by his violent master. In depicting the reality of slavery this sentimental novel also asserts that Christian love can overcome something as destructive as enslavement of fellow human beings. The deep historical impact of Uncle Tom's Cabin as a vital antislavery tool is reinforced by a story that when Abraham Lincoln met Stowe at the start of the Civil War, Lincoln declared, So this is the little lady who started this great war.