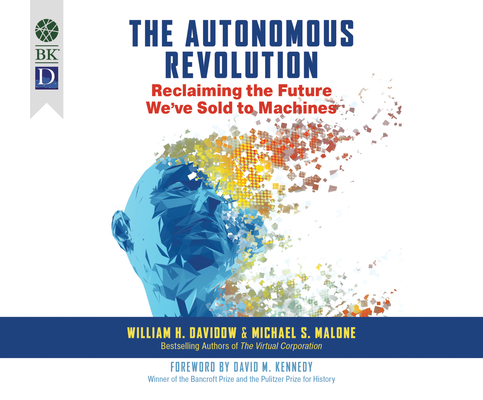 
Available to Order - Usually Arrives in Our Store in 4 to 7 Days
For the third time in the history of humanity, civilization is undergoing an epic cultural transformation. We are at the dawn of the Autonomous Revolution, which promises to be as world-changing as the Agricultural and Industrial Revolutions. Artificially intelligent machines are now able to learn about us, learn without us, and replace us at our jobs. And unlike physical environments, the online environments in which we spend more and more of our time are designed to manipulate us. It's the robots and algorithms that are autonomous, not us. William Davidow and Michael Malone, authors of the seminal book The Virtual Corporation, explore the enormous implications of these developments. They show why productivity increases no longer translate into increases in the GDP and how zero-cost one-to-many communications have been turned into productivity tools for cybercrime and antisocial behavior, and much more. But they also offer sometimes controversial solutions--such as monetizing internet usage, making companies pay for personal information, and placing reasonable limits on free speech. But this debate needs to begin now, before the Autonomous Revolution overcomes us.