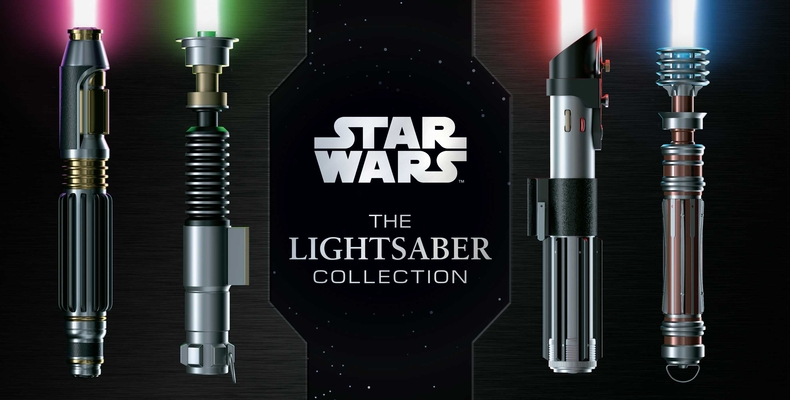 
Available to Order - Usually Arrives in Our Store in 4 to 7 Days
"Wallace’s strong grasp of the mythos of this universe will satisfy the die-hard Star Wars fan and serve as a fine introduction to those taking a first-time dive into one of pop culture’s most important creations." –The Washington Post

• Own the definitive lightsaber guide. This book features the hilts of characters such as Darth Vader, Darth Maul, Yoda, Obi-Wan Kenobi, Mace Windu, Luke Skywalker, Leia Organa, Kylo Ren, Rey, Ahsoka Tano, and more. Learn about the creation and history of lightsabers from all of Star Wars, including Darth Maul’s double-bladed saber and the Darksaber.

• Discover never before seen art and illustrations. Featuring photo-realistic renders of lightsabers from Star Wars animation and comics, including Ezra Bridger’s blaster-saber hybrid, the Grand Inquisitor’s spinning blades, and a new lightsaber from The High Republic, this book is a must-have for Star Wars fans.

"This book is a bonanza for fans, cosplayers, and prop builders who always wanted to get an up close and personal look at lightsabers seen in the Star Wars saga." – SyFy Wire

"With the holidays approaching, this would make an excellent gift for any Star Wars fan in your home and extended family. It’s one of the most exquisite books I’ve had the honor of reviewing" – WookieRadio

"Each and every page in this book is absolutely beautiful!" – Anakin and His Angel

"It’s one of the most beautiful books I’ve had the pleasure of reviewing" – SWNN
Daniel Wallace is the author or coauthor of more than fifty books, including The Jedi Path, Ghostbusters: The Ultimate Visual History, The World According to Spider-Man, Warcraft: Behind the Dark Portal, and The New York Times best-selling Star Wars: The New Essential Guide to Characters. His specialty is exploring the underpinnings of popular fictional universes.

Lukasz Liszko is digital artist and photographer from Poland. He is a fan of fantasy and sci-fi literature and cinematography.

Ryan Valle is a freelance illustrator based in the Kansas City metro area. He specializes in Star Wars art with a digital 2D painting style while using both 3D and photographic reference to create his images. Since childhood, he has been a huge Star Wars fan, and he planned on becoming a professional fantasy/sci-fi artist early on. After graduating from the University of Central Missouri with a BFA in commercial art: illustration, he began working on Star Wars cards for Fantasy Flight Games. He has been doing regular Star Wars commissions ever since and has also contributed to other popular properties such as Game of Thrones and Lord of the Rings.