A Curse of Roses (Hardcover) 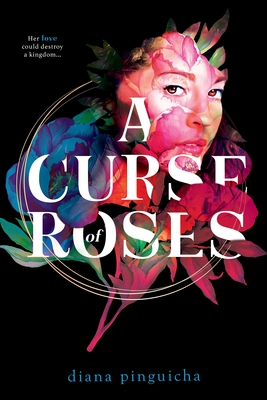 A Curse of Roses (Hardcover)

Based on Portuguese legend, this #OwnVoices historical fantasy is an epic tale of mystery, magic, and making the impossible choice between love and duty…

There’s a famine plaguing the land, and Princess Yzabel is wasting food simply by trying to eat. Before she can even swallow, her magic—her curse—has turned her meal into a bouquet. She’s on the verge of starving, which only reminds her that the people of Portugal have been enduring the same pain for years.

If only it were possible to reverse her magic. Then she could turn flowers into food.

Fatyan, a beautiful Enchanted Moura, is the only one who can help. But she is trapped by magical binds. She can teach Yzabel how to control her curse—if Yzabel sets her free with a kiss.

As the King of Portugal’s betrothed, Yzabel would be committing treason, but what good is a king if his country has starved to death?

She’d sought out Fatyan to help her save the people. Now, loving her could mean Yzabel’s destruction.

Born and raised in the sunny lands of Portugal, Diana is a computer engineer graduate who currently lives in Lisbon. She can usually be found writing, painting, devouring extraordinary quantities of books and video games, or walking around with her bearded dragon, Norberta. She also has two cats, Sushi and Jubas, who would never forgive her if she didn’t mention them.
pinguicha.wordpress.com