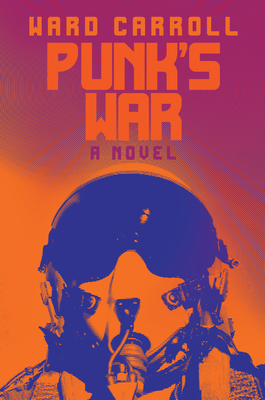 
Available to Order - Usually Arrives in Our Store in 4 to 7 Days
Punk's War reveals the inner workings of the Navy as only an insider can. An authentic and riveting thriller, it is a highly acclaimed novel of a fighter pilot's experiences in the era just before 9/11. As the U.S. military currently enters another post-conflict period, the themes of leadership during crisis and accomplishing the mission make Punk's War more relevant than ever.
Ward Carroll flew F-14 Tomcats for fifteen years after graduating from the U.S. Naval Academy. He was named Naval Institute Press Author of the Year in 2001 for his novel Punk's War and is also the author of Punk's Fight and Punk's Wing. He is the host of the popular Ward Carroll YouTube channel.