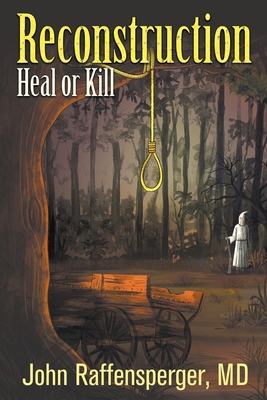 Reconstruction: Heal or Kill takes place in a small Illinois town in 1871, portraying life in rural America. The novel reveals the prejudices against freed slaves during the post-Civil War era, when the KKK was terrorizing freed slaves.

Tom, a teenage boy, had planned on a life fighting Indians, until a new doctor, trained in Edinburgh, arrives on a steamboat and convinces him that healing is better than killing. The doctor, an ex-Union soldier, is an expert pistol shot, drinks whisky, and plays cards. The townspeople reject him until he saves a friend of President Grant.

Tom now aspires to be a doctor, but his plans are thwarted when his father dies and he is sent to an orphanage. He escapes and nearly freezes to death. A family of freed slaves nurse him back to health. The Klan and the local sheriff have been terrorizing the family to get their land. Tom becomes the doctor's assistant, studying medicine by digging up a skeleton to learn anatomy. He is also there to protect a freed slave from lynching.

Bullets fly when the doctor takes on the leader of the Klan. Tom and his friend break up a Klan meeting, but in the melee, the Klan murders a Negro boy. In the end, Tom and the doctor operate on the Klan leader for a gunshot wound, showing that a doctor must first be a healer.

John Raffensperger, MD, operated on babies with birth defects and children with cancer for nearly fifty years. He taught students and residents while finding time to write medical textbooks. After retiring, he is now writing historic fiction with a medical theme.