Wild Horse Country: The History, Myth, and Future of the Mustang (Compact Disc) 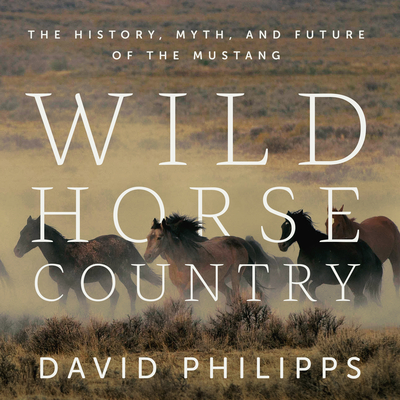 By David Philipps, David Colacci (Narrated by)
$34.99
Available to Order - Usually Arrives in Our Store in 4 to 7 Days

Wild horses-also known as mustangs-live in a strange twilight. They are deeply American but not native; they are free-born symbols of liberty but tightly managed, thriving yet persecuted. Today, the wild horse is a ward of the state, with tens of thousands held in captivity by the federal government?nearly as many are left in the wild. In a powerful blend of history and contemporary reporting, New York Times reporter David Philipps traces the rich history of wild horses in America: their introduction by the Spanish conquistadors, their role in the epic battles between Native Americans and settlers, their vital place in American self-mythology. He travels through some of the most remote parts of the American West, known as Wild Horse Country, to investigate the wild horse's current dilemma, caught between the clashing ideals of ranchers, scientists, animal rights activists, slaughterhouse employees, and government officials.