Haystack Full of Needles: A Memoir of Research on Mechanisms of Memory in the Decades That Defined Neuroscience (Paperback) 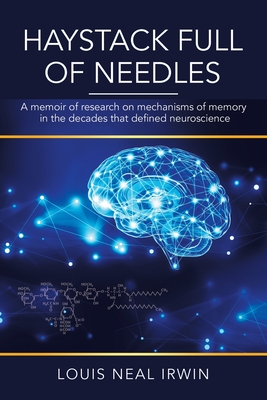 Haystack Full of Needles: A Memoir of Research on Mechanisms of Memory in the Decades That Defined Neuroscience (Paperback)


On Our Shelves Now
How do we store information in the brain? Is memory a thing in a place, like a specific molecule in a particular cell? Or does learning require a process in a population, like neurons firing in a specific pattern for each experience? This combination of memoir and history tells the story of how the mechanisms of memory were gradually revealed, through biographical vignettes of the scientists who set out to solve the riddle of memory, including the author's own efforts as he was coming of age as a scientist. It shows how individual goals intertwine with the technologies at hand to push scientific knowledge forward, often erratically, and always in the context of social forces and private ups and downs. Not only a compelling personal story with the war in Vietnam, civil rights movement, and downfall of two presidents as backdrop, this is a lucid explanation of brain function for the nonscientist and valuable contribution to the history of science in the decades that saw neuroscience join molecular biology as the marquee biomedical accomplishments of the twentieth century.
Louis Irwin is a noted neurobiologist, astrobiologist, and evolutionary biologist. He served on faculties at the pharmacy school of Columbia University, Wayne State University School of Medicine, the Neurociences Research Program of MIT, Simmons University, and the University of Texas at El Paso. A member from the beginning of the Society for Neuroscience and the American Society for Neurochemistry, he has written and coauthored three other books and published over seventy research papers.