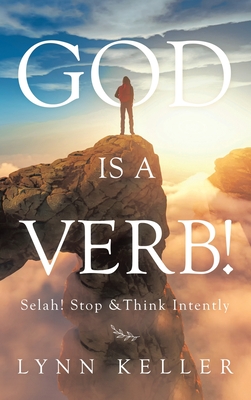 
Available to Order - Usually Arrives in Our Store in 4 to 7 Days
God Is a Verb creates a radical paradigm shift. It is no longer possible to think of God as a big magician in the sky. Instead, we rethink everything as God being action and doing and making. God is not an "it," but rather the process itself. God is unbounded action and thought. Selah Stop and think about it This insightful book takes a new look at the Age of Taurus when God purposefully established Adam and Eve in the Garden of Eden with a specific purpose. They had to make a free-will choice to leave in order to choose to live according to the Golden Rule, by doing kindness to others and being grateful to God. He gave them the Book of Knowledge, of all things. Centuries later he completed the set by giving Noah the Jubilee calendar we still use today. Noah had exhibited the purpose God had wanted: relatedness. Noah missed his friends and asked God never to destroy peoples again. God cannot establish human free-will choices and relationships. Nor can he demand humans reflect back to him. These first covenants created our current paradigm for relatedness. The salient point is that our egos are not connected to God. They are our free will. Our body is a noun, the house for our soul, which is created in the image of God. Our soul is a verb. Once we begin to recognize God as a Verb, we must shift our thoughts accordingly. It is just a matter of breaking a habit. Psalms are all written by humans in dedication of the awe and appreciation of God. The first step is to give God a name that signifies our consciousness of a different thought process. Selah uniquely fills that objective since it contains the primary Hebrew word for G-d, "EL." Selah is used in Psalms without a clear definition 72 times. Selah, then, signifies an active process of higher consciousness creating. Selah, the Creating.