The Quality of Mercy: A Revolutionary Lady's Tale (Paperback) 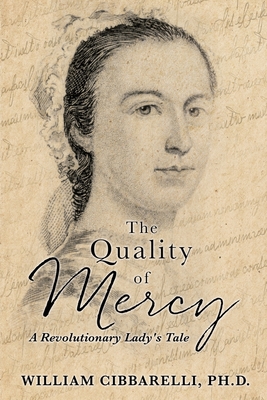 The Quality of Mercy: A Revolutionary Lady's Tale (Paperback)


Available to Order - Usually Arrives in Our Store in 4 to 7 Days
The novel blends fact, fiction, and speculation about Mercy Otis Warren, a self-educated eighteenth-century woman, and accomplished dramatist, poet, pamphleteer, historian, propagandist, and consummate letter writer, preparing a fictional journal of her life. This unique woman was recognized by the founding fathers as an expert in English Constitutional and Common Law, and participant in and contributor to the debates prior to and during the revolution receiving the title, "Conscience of the American Revolution." Her "Observations on the New Constitution" offered eighteen amendments to the Constitution which earned her the appellation, "Mother of the Bill of Rights." She was also the first woman to author a history of the American Revolution. Her correspondents included Abigail Adams, Catharine Macaulay, Judith Sargent Murray, John and Samuel Adams, John Hancock, Thomas Jefferson, Alexander Hamilton, Eldridge Gerry, John Jay, and George Washington and other founding fathers. The author was born in the south Bronx, NY, and received his B.A. from Pace College, a M.A. in Medieval History from Fordham University, and Ph.D. in American History from Stonybrook University. He is a retired U.S. Marine Corp Officer and worked in the telecommunications industry until retirement. He currently lives in south Florida.