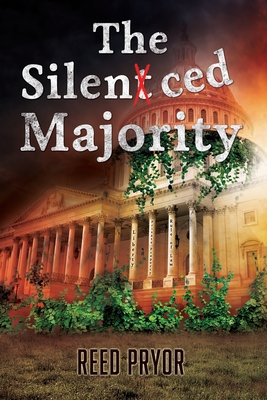 
Available to Order - Usually Arrives in Our Store in 4 to 7 Days
If you've looked at this time in American history and wondered how we've allowed such ridiculousness to transpire...If you remember screaming at your television in disgust...If you've ever been ridiculed for clinging to your core beliefs...If you've been called extreme for being Patriotic; or for promoting hard work and moral conduct...Or, if you've ever been silenced on an issue because of your race, gender or religious beliefs...then you are part of "The Silenced Majority." "All tyranny needs to gain a foothold is for people of good conscience to remain silent." You want to speak out, but you don't have time to research every political issue adequately. If you don't listen to the news you are uninformed. If you do listen to the news, you are misinformed. "The Silenced Majority" is your political Cliffs Notes. You will learn about the psychological manipulation being used to propagate the emotional lies coming out of Washington. You will ascertain the truth as reflected in historical documentation and Constitutional principles. More importantly you will discover common sense solutions to prevent the continued political division of a country. We don't roar and you'll never hear us coming...There's a reason we're called "The Silenced Majority." Dr. Pryor is a chiropractor and a patriot. He has spent the last twenty-eight years finding solutions to patient problems by getting to the actual root of the problem. He has now applied that philosophy to solving political problems. Political band-aids and mountains of wasted cash are not the solution. With constitutional principles in his pocket, Reed Pryor has decided that he is going to say what needs to be said until someone punches back...and then he is going to say what needs to be said with a black eye. It is time to wake the sleeping giant.