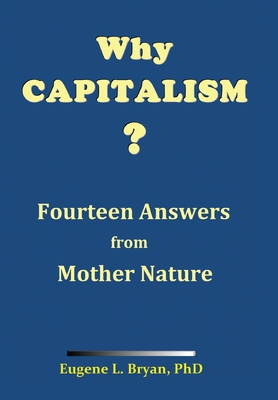 
Available to Order - Usually Arrives in Our Store in 4 to 7 Days
Surprisingly, this book shows we are well on the way in the evolutionof a peaceful, prosperous civilization. With social success comes economic growth. Our world's wealth has increased more than 18,000 percent in the last 250 years (0.5 percent of modern human's 50,000 year history). During the same period, most of our world's nations have become democracies. These two facts speak to the effectiveness of capitalism as nature's fountainhead of world peace and prosperity. Rather than being about the world as it is today, this book paints a bright picture of humanity's inevitable, nature-aligned future. It positively shows why what we now call capitalism has been and always will be the prime driver in the evolution of civilization. The book's close-up look at a few facts of reality reveals how Mother Natureis always paving the way to a better future. This book comes from a scientist's studies of nature. His most significant revelation is that capitalism is a manifestation of nature; not a human contrivance. When this fact of reality becomes widely known and accepted, it will accelerate humanity's advancements toward ever-brightening horizons. Dr. Eugene L. Bryan has worked as a scientist, research engineer, university professor, and a business executive.As founder of Decision Dynamics, Inc., he has worked throughout the United States and internationally serving firms ranging from family-owned operations to Fortune 500 corporations. Gene earned a Bachelor of Science degree in Forestry from the University of Idaho, two MS degrees from the University of California, Berkeley, and a Ph.D. from the University of Michigan. Dr. Bryan has delivered keynote speeches and workshops throughout the United States and in Canada, Chile, Mexico, France, Germany, Sweden, New Zealand, and Australia.