Protection: What You Were Born To Do (Hardcover) 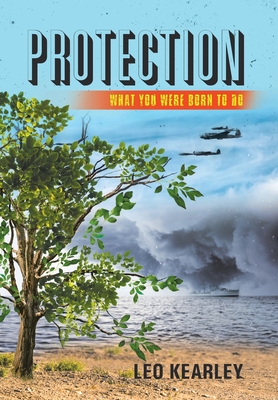 Protection: What You Were Born To Do (Hardcover)

The Great Depression bites deep across Europe as the veterans of the Wiltshire Regiment are sent to outposts of the British Empire to police army units. Having retired from army life, the now unemployed Joe Travis, intends to teach his nephew to survive on his wits, and yet events will force Bob Travis to realise the cruelty of life.

In Austria, the Alsatians continue to recover their riches and meddle in the volatile atmosphere of European politics. Manfred Steinman, Heinrich's son, seeks glory as a pilot. He is a natural hunter who seeks out his victims in the sky, but also seeks young innocent prey from the shadows at night.

Opposing forces in the Spanish Civil war draw Joe, his friends and family into conflict where the might of Fascism allows his mortal enemies, the Alsatians, to once again threaten their lives on land, sea and from the air.