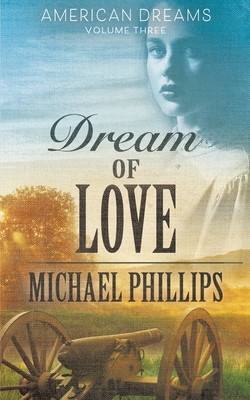 This is book number 3 in the American Dreams series.

A Southern family is torn apart by Civil War--and their convictions... only some will have the courage to stand for truth, for freedom, for love.

As the Civil War rages on, plantation owners Richmond and Carolyn Davidson continue to follow the path God set out for them--as an important link in the Underground Railroad, helping runaway slaves flee to the Northern states. Meanwhile, their older son, Seth, is working as a war photographer for the North--and their younger son, Thomas, is a Confederate soldier. Torn by war on both sides, the Davidsons pray for both of their sons to come home safe--even as they struggle to keep their land in the face of financial troubles.

When Seth is reported missing and feared dead, the family despairs. But his new love, Cherity Waters, refuses to accept the news passively. She sets out on a dangerous journey through the war-torn South to find Seth--and bring him home safe.