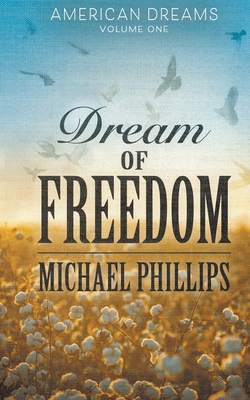 This is book number 1 in the American Dreams series.

Best-selling author Michael Phillips transports readers to the South, as the seeds of Civil War are sown--and those against slavery take a stand.

In the antebellum South, Richmond and Carolyn Davidson live lives of ease as wealthy plantation owners. But even though their prosperity and livelihood depend on slave ownership, their Christian consciences speak against the practice.

When the Davidsons decide to follow their own moral conviction and God's will by freeing their slaves, they face consequences they never could have anticipated. Risking their lives as an important link in the Underground Railroad, helping runaway slaves escape to the northern states, the Davidsons must rely on their wits--and God's protection--to stay alive.