Apple: (Skin to the Core) (Paperback) 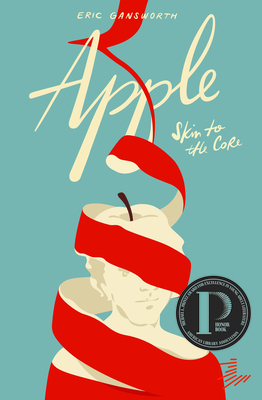 Apple: (Skin to the Core) (Paperback)

"Beautiful imagery and with words that soar and scald."—The Buffalo News

"Easily one of the best books to be published in 2020. The kind of book bound to save lives."—LitHub

"A powerful narrative about identity and belonging."—Paste Magazine

The term "Apple" is a slur in Native communities across the country. It's for someone supposedly "red on the outside, white on the inside."

In Apple (Skin to the Core), Eric Gansworth tells his story, the story of his family—of Onondaga among Tuscaroras—of Native folks everywhere. From the horrible legacy of the government boarding schools, to a boy watching his siblings leave and return and leave again, to a young man fighting to be an artist who balances multiple worlds.

Eric shatters that slur and reclaims it in verse and prose and imagery that truly lives up to the word heartbreaking.
Eric Gansworth, S˙ha-weñ na-saeˀ, (Onondaga, Eel Clan) is a writer and visual artist, born and raised at Tuscarora Nation. He's been widely published and has had numerous solo and group exhibitions. Lowery Writer-in-Residence at Canisius College, he has also been an NEH Distinguished Visiting Professor at Colgate University. His work has received a Printz Honor Award, was Longlisted for the National Book Award and has received an American Indian Library Association Youth Literature Award, PEN Oakland Award and American Book Award. Gansworth's work has also been supported by the Library of Congress, the New York Foundation for the Arts, the Arne Nixon Center, the Saltonstall and Lannan Foundations.