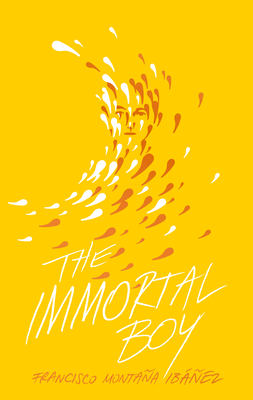 
On Our Shelves Now
Two intertwining stories of Bogotá.

One, a family of five children, left to live on their own.

The other, a girl in an orphanage who will do anything to befriend the mysterious Immortal Boy.

How they weave together will never leave you.

Presented in English and Spanish.
Francisco Montaña Ibáñez is an award-winning author for children and a professor at the National University of Colombia (IIE). The Immortal Boy is his first book translated into English.

David Bowles is a Mexican American author and translator from South Texas. Among his multiple award-winning books are Feathered Serpent, Dark Heart of Sky: Myths of Mexico, and They Call Me Güero; he is also the translator of The Sea-Ringed World: Sacred Stories of the Americas. In 2017, David was inducted into the Texas Institute of Letters.
“Harshly authentic ...haunting ...heartbreaking.” -Shelf-Awareness,


“The stark beauty of Montaña Ibáñez’s narrative will give those who pick it up much to contemplate.” -Publishers Weekly,