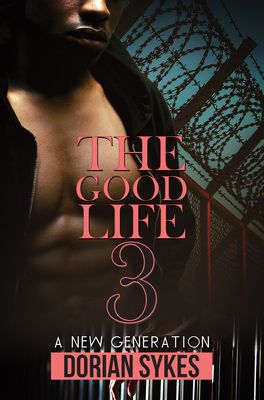 
Coming Soon - Available for Pre-Order Now
Wink was a drug dealer with a thirst for the good life and a drive to succeed. Now that he is no longer on the streets, is his son
headed along the same path?

All his life, young Saw has had to listen to his moms tell him how much he looks like and acts like Wink, the man she claims is his father. Wink is a hood legend who ran the city in the late eighties and early nineties. Saw’s mother is convinced that he will end up in a cell beside his father and grandfather, who are both doing life in the feds.

Saw never met Wink, who’s been in prison for twenty years, but even if he weren’t locked up, there’s no guarantee he would act like a father to Saw. The only proof of paternity that Saw has is his mother’s own word, which is questionable.

As far as Saw is concerned, the streets that raised him are his daddy, and the only resemblance he shares with the notorious Wink is his thirst for the good life. Welcome to a new generation…
Dorian Sykes served more than ten years behind bars. During the time of his lengthy first incarceration, he penned several highly notable street novels, including his Going All Out trilogy. Currently re-incarcerated, Mr. Sykes is constantly working to give the readers new hot material.