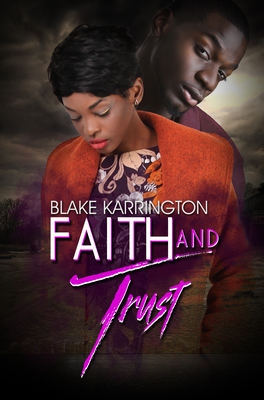 
On Our Shelves Now
Faith and Trust are a couple that seem to have everything right at their fingertips, but losing faith and trust in one another may just be the cause of their ultimate downfall.

Faith often feels her man, Trust, has way too much money for the small legal endeavors he tells her about, but she chooses to believe in him--until the feds kicks in her door one day. She doesn't know if she has it in her to be a ride or die. Putting her belief in Trust may give her an everlasting love or cause her to lose what she loves most.

Trust is a natural born hustler. When it comes to getting money, he's strategic and thorough. He likes his money fast and plentiful. For obvious reasons, he has to keep that between him and his partners. But living a double life isn't easy. His main objectives are to stay free and to protect his future wife. When Trust has the chance at the biggest score of his life, he doesn't hesitate to risk it all.
Blake Karrington is more than an author. He's a storyteller who places his readers in action-filled moments. It's in these creative spaces that readers are allowed to get to know his complex characters as if they're really alive. Likening him to a bad-boy gone good, readers see a storyteller who writes as if he's lived in the worlds he generously shares, readily conveying his message that humanity is everywhere, especially in the unlikely, mean streets of cities like Charlotte.