Once Again: A Novel (Hardcover) 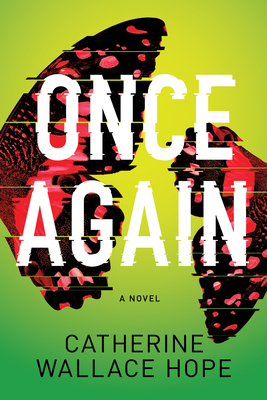 Once Again: A Novel (Hardcover)


Title unavailable, please email for information.
An imaginative, emotional debut novel for fans of Ann Patchett about one woman's fight to save her daughter from repeating a deadly fate.

What if you had one chance to save someone you lost?

Isolated in the aftermath of tragedy, Erin Fullarton has felt barely alive since the loss of her young daughter, Korrie. She tries to mark the milestones her therapist suggests--like today, the 500th day without Korrie--but moving through grief is like swimming against a dark current.

Her estranged husband, Zac, a brilliant astrophysicist, seems to be coping better. Lost in his work, he's perfecting his model of a stunning cosmological phenomenon, one he predicts will occur today--an event so rare, it keeps him from being able to acknowledge Erin's coinciding milestone.

But when Erin receives a phone call from her daughter's school, the same call she received five hundred days earlier when Korrie was still alive, Erin realizes something is happening. Or happening again. Struggling to understand the sudden shifts in time, she pieces together that the phenomenon Zac is tracking may have presented her with the gift of a lifetime: the chance to save her daughter.

Unable to reach Zac or convince the authorities of what is happening, Erin is forced to find the answer on her own. Erin must battle to keep the past from repeating--or risk losing her daughter for good.
Catherine Wallace Hope was born in Denver. In addition to studying creative writing and philosophy in Denver, she studied dance in New York and psychology in Los Angeles. After returning to Colorado, she became a longtime instructor at the renowned Lighthouse Writers Workshop, offering creativity workshops for writers starting in 2009. Currently, she and her family are living on an island in the Pacific Northwest where they serve at the pleasure of two astonishingly spoiled dogs.

“Simultaneously a suspenseful and action-packed thriller, a meditation on grief and loss, and an examination of time and memory, Hope’s debut is not to be missed.”
—Booklist

“The story’s premise about having an opportunity to undo the past is exciting enough to draw readers in, [but] the brisk and thrilling final chapters demonstrate the best and worst things that can happen if you take that chance.”
—New York Journal of Books

“Compelling, original, the kind of novel that will linger in the mind and memory.”
—Midwest Book Review

"Though any mother would wreck the world to save her child, Erin must literally obliterate time to rescue hers. A chilling and visceral thrill ride that will both break your heart and lift your soul."
—Janet B. Taylor, author of Into the Dim

“Gripping, gut-churning, and heartfelt—full of lost and last chances.”
—Max Gladstone, co-author of This is How You Lose the Time War