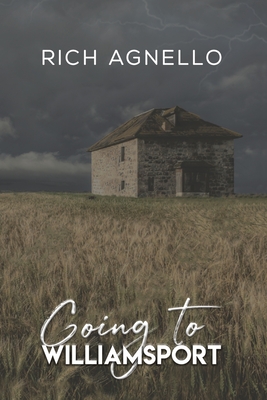 
Available to Order - Usually Arrives in Our Store in 4 to 7 Days
What would you do if you were the 12-year-old new ace pitcher of a very small town baseball team, and you and your teammates went on in one magical year to represent your far western Oklahoma panhandle roots at the Little League World Series in Williamsport, Pennsylvania, and you were much too embarrassed beyond mere words to see your own mother cheer you on in the bleachers as you take the big stage hundreds of miles away?
This is Sooner's situation, and his story is Going to Williamsport, as he experiences his mom suffering through acute paranoid psychosis during the early years of deinstitutionalization of the mentally ill in the Eisenhower administration. Without the option to "just put her away" anymore, the only child Sooner sees his own embarrassment and severe contempt for a Semper Fi father who will not deny his marriage vows, nor his unbelievable love for his own son.
Going to Williamsport matters more than anything to Sooner, but definitely not at the expense of seeing "her" in those stands. In his own words, he takes as much as he possibly can, and then makes incredibly clear in the clearest of places that he alone, with his Cimarron Coyotes team is Going to Williamsport, without Dad and certainly without Mom.