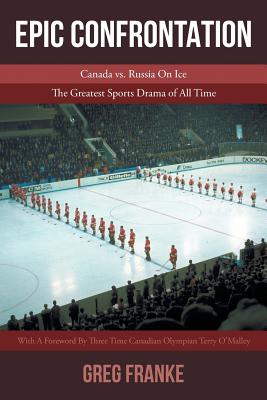 There have been many thrilling and memorable sports rivalries. But none has ever combined such drama and excitement over such an extended period of time and against such a gripping background as the Cold War hockey rivalry between Canada and Russia (known at that time as the Soviet Union or USSR). For decades Canada had reigned unchallenged as the dominant country at the sport-and the pride that came with knowing that their beloved national game was one thing at which they were unquestionably the world's best was a major part of the self-image and esteem of nearly all Canadians. Until suddenly, an interloper appeared that was like no other competitor Canada had ever met. It was a far-off country that lacked advanced equipment and facilities, had only recently taken up the sport, and had even brazenly decided not (as other countries had done) to learn the game as mere pupils of the Canadian masters. Rather, largely through the genius of one remarkable leader, this newcomer would blaze its own trail, audaciously inventing an entirely new style of play, along with a unique approach to skills development and physical conditioning that led to a breathtakingly exciting and effective spectacle that even the game's creators had never conceived. Finally-and perhaps most significantly-this new competitor represented a political system that was openly hostile to the freedom and values taken for granted in the West, and openly proclaimed its superiority, predicting that it would one day spread throughout and dominate the world. Thus, to Canadians, overcoming this unexpected threat became not only a matter of national honor-but also a crusade for the Free World. This newcomer was Russia (the USSR)-and the seeming life-and-death struggle that ensued for four decades is an unbelievable tale that became the greatest sports drama ever known. Here is the never-before told full story of this historic confrontation told from both sides from the people who lived it, and from what was being reported as the events were happening.