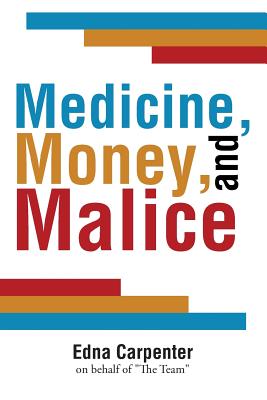 By Edna Carpenter on Behalf of the Team

Holding a person hostage does not always require a gun or knife or another weapon. When a doctor uses his knowledge and position in advancement of his financial status, the patient can become the victim of greed, and a hostage to manipulation. Is there something that triggers this shift from a person who takes an oath to do "no harm" to one whose greed is so consuming that his patients are permanently harmed with no remorse on the part of the provider? What caused Dr. Foll to utilize his position to hurt so many and leave a path of devastation in his wake? What happened to those patients and to the staff who were left behind to deal with the aftermath is an extraordinary journey that no one should have to take.

There were signs, there were complaints, but no one listened until it was too late for so many. All those people saying, when told about the problems, "that only happens on TV or in the movies, it would never happen here You must be exaggerating the situation " Well, it did happen there Looking back there were signs, there were reasons that these things happened, and there were lessons that could be learned from the extraordinary journey to prevent such a situation from ever happening again. But did they learn?