The Memory Thief: And the Secrets Behind How We Remember—A Medical Mystery (Paperback) 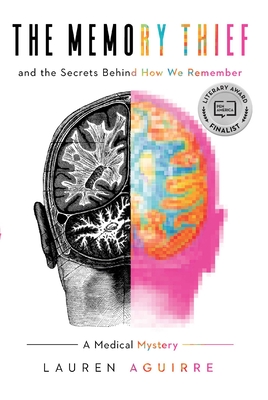 The Memory Thief: And the Secrets Behind How We Remember—A Medical Mystery (Paperback)

Sometimes, it’s not the discovery that’s hard – it’s convincing others that you’re right. The Memory Thief chronicles an investigation into a rare and devastating amnesia first identified in a cluster of fentanyl overdose survivors. When a handful of doctors embark on a quest to find out exactly what happened to these marginalized victims, they encounter indifference and skepticism from the medical establishment.

But after many blind alleys and occasional strokes of good luck, they go on to prove that opioids can damage the hippocampus, a tiny brain region responsible for forming new memories. This discovery may have implications for millions of people around the world.

Through the prism of this fascinating story, Aguirre recounts the obstacles researchers so often confront when new ideas bump up against conventional wisdom. She explains the elegant tricks scientists use to tease out the fundamental mechanisms of memory. And finally, she reveals why researchers now believe that a treatment for Alzheimer’s is within reach.
Lauren Aguirre is an award-winning science journalist who has produced documentaries, podcasts, short-form video series, interactive games, and blogs for the PBS series NOVA, where she worked after graduating from MIT. Aguirre’s reporting on memory has appeared in The Atlantic, Undark Magazine, and the Boston Globe’s STAT.

The research and writing of this book was supported in part by a grant from the Alfred P. Sloan Foundation Program in Public Understanding of Science and Technology.