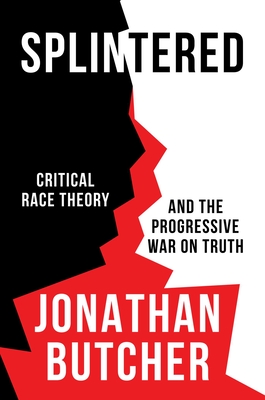 
Available to Order - Usually Arrives in Our Store in 4 to 7 Days
Critical race theory has hijacked the U.S. education system on every level. Parents, students, educators, and policymakers must know and support the truth about American history and reject this divisive and anti-American theory’s obsession with skin color and prejudice.

The problem with our nation’s schools today is not just the low test scores in basic reading and math—which are an obstacle for the economy, not to mention students’ futures. The challenge is that K-12 instruction has been hijacked by Critical Theorists who are “skeptical” of representative government and the freedoms we cherish.

The debates over the retelling of America’s past, on display in local school board meetings as well as conflicts between the New York Times’ 1619 Project and President Donald Trump’s 1776 Commission, involve not just historical facts, but how Americans define their nation. This battle over our national identity is a cultural battle, involving schools—cultural institutions—and the ideas we all need to share to get along with our neighbors, raise families, and pursue the American Dream.

“Jonathan Butcher is one of our sharpest and most insightful analysts writing about education today. The nation owes him a debt of gratitude for work demystifying an obscure academic field, critical race theory, and fearlessly following where it leads when imposed on our public schools: abandoning the cherished belief that education can be a means of uniting our diverse country and replacing it with a pedagogy of grievance and despair.” —Robert Pondiscio, Senior Fellow, American Enterprise Institute and author of How the Other Half Learns

“Jonathan Butcher’s timely book on critical race theory addresses what I have described as the civil rights issue of our times. Too few Americans understand how this dangerous ideology and how it has seeped down into our K-12 educational system. Butcher’s book is part of a collective effort to educate the American people about the infiltration and indoctrination of our educational system.” —Dr. Carol M. Swain, a former tenured professor at Vanderbilt and Princeton Universities
Jonathan Butcher is the Will Skillman Fellow in Education in the Center for Education Policy at the Heritage Foundation, and a Senior Fellow at the Goldwater Institute. He has researched and testified on education policy around the U.S. In 2021, South Carolina Governor Henry McMaster nominated Jonathan to serve on the board of the South Carolina Public Charter School District. In 2019, Jonathan co-edited and wrote chapters for The Not-So-Great-Society, which provides solutions to the problems created by the ever-expanding federal footprint in preschool, K-12, and higher education. In 2018, the Federal Commission on School Safety cited comments from his testimony in the commission’s final report to the White House. He has appeared on local and national TV outlets, including C-SPAN, Fox News, and HBO’s Vice News Tonight. His commentary has appeared in the Wall Street Journal, Education Week, and National Review Online, along with newspapers around the country.