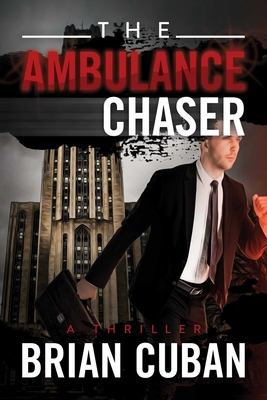 
Available to Order - Usually Arrives in Our Store in 4 to 7 Days
After being accused of the murder of a high school classmate thirty years prior, lawyer Jason Feldman becomes a fugitive from justice to find the one person who can prove his innocence and save the life of his son.

Pittsburgh personal injury lawyer and part-time drug dealer Jason Feldman’s life goals are simple: date hot women, earn enough cash to score cocaine on a regular basis, and care for his dementia-ravaged father. That all changes when a long-lost childhood friend contacts him about the discovery of buried remains belonging to a high school classmate who went missing thirty years prior, and the fragile life Jason’s built over his troubled past is about to come crashing down. Soon, he’s on the run across Pittsburgh and beyond to find his old friend, while trying to figure out whom to trust among Ukrainian mobsters, vegan drug dealers, washed-up sports stars, an Israeli James Bond, and an ex-wife who happens to be the district attorney. The only way he’ll survive is if he overcomes his addictions so he can face his childhood demons.
Brian Cuban, the younger brother of Dallas Mavericks owner and entrepreneur Mark Cuban, is a Dallas-based attorney, author, and person in long-term recovery from alcohol and drug addiction. He is a graduate of Penn State University and the University of Pittsburgh School of Law.

His book, The Addicted Lawyer: Tales of the Bar, Booze, Blow, and Redemption is an unflinching look at how addiction and other mental health issues destroyed his career as a once successful lawyer, and how he and others in the profession redefined their lives in recovery and found redemption.

Brian has spoken at colleges, universities, conferences, non-profits, and legal events across the United States and in Canada. His columns have appeared—and he has been quoted on these topics—online and in print newspapers around the world. He currently resides in Dallas, Texas with his wife and two cats.
“In The Ambulance Chaser, readers meet Jason Feldman, a morally compromised attorney who finds himself embroiled in a dangerous plot that is way above his pay grade. Divorced from his DA wife, estranged from his son, hobbled by addictions, and stuck in a lonely life with his cat and a chiropractor girlfriend who is his only source of clients, Feldman still draws us in with his humanity and desire—no matter how thin—to finally get things right. With the sudden appearance of a long-lost friend and a long-disappeared dead body, Feldman’s long-held secrets threaten his very life as he is drawn into a terrifying cat-and-mouse game with sinister players. A not-to-be-missed, twisty, fast-paced legal thriller that keeps the reader guessing on subjects as fascinating as the Odessa Mafia and illicit trysts on a Pittsburgh incline. I, for one, hope to see more from debut novelist, Brian Cuban, in the future.”
— Deborah Goodrich Royce, author of "Finding Mrs. Ford" and "Ruby Falls"

“A sharp, smart legal thriller that delves into worlds lurking below the surface of the legal profession. Pulling you in from the start, Jason Feldman's story comes with high stakes. Between the addictions he battles and the life-or-death mystery he’s pulled into, it's impossible to put this book down. Brian Cuban has given us an utterly compelling character we can root for throughout.”
— Lisa Smith, author of "A Girl Walks Out of a Bar"

"The novel takes place against the backdrop of the Steel City. Its main character, Jason Feldman, is a drug addict and Jewish personal injury lawyer. Jewish cultural references and Yiddish words are sprinkled throughout the fast-paced thriller."
— Jewish Chronicle

"A morbid dream planted the seed for what would become Brian Cuban’s debut novel.

The 60-year-old Dallas resident and Mt. Lebanon native — who, yes, is the brother of billionaire Mark Cuban — was having a recurring dream about throwing dead bodies onto a bonfire at the site of an old general store in his hometown. He would wake up “scared s***less” and wondering when the police would be coming for him."
— The Post-Gazette

"If I had to describe the book in one word, I would say spellbinding."
— Susan Kandell Wilkofsky, Texas Jewish Post