It Happened One Doomsday (A Dru Jasper Novel #1) (Paperback) 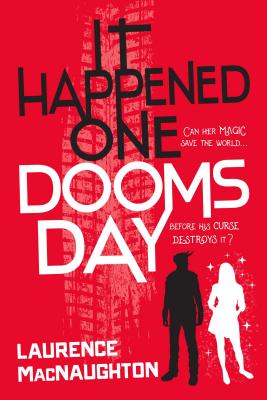 It Happened One Doomsday (A Dru Jasper Novel #1) (Paperback)

This is book number 1 in the A Dru Jasper Novel series.

Magic is real. A handful of sorcerers wield arcane power against demons and the forces of darkness. These protectors of the powerless are the best magic-users in the world. Unfortunately, Dru isn’t one of them. She’s got magical potential. She uses crystals to see enchantments, and she can research practically anything in the library in the back of her little store, sandwiched between a pawnshop and a 24-hour liquor mart. She sells enough crystals, incense, and magic charms to scrape by. Everything changes the day a handsome mechanic pulls up in a possessed black muscle car, his eyes glowing red. Just being near Greyson raises Dru’s magical powers to dizzying heights. But he’s been cursed to transform into a demonic creature that could bring about a fiery doomsday. There’s only one chance to break Greyson’s curse—and it’s about to fall into Dru’s inexperienced hands. . . .
Laurence MacNaughton is a fantasy writer and the author of The Spider Thief and Conspiracy of Angels. Visit him online at www.laurencemacnaughton.com.
A must read and a must read now!
— Nerd Girl Book Club