White & Black: A Story of the Civil War (Hardcover) 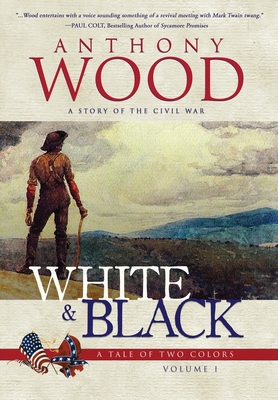 White & Black: A Story of the Civil War (Hardcover)

All he ever wanted was a home and family. He would have to leave both to keep them.

Lummy Tullos, an unpretentious and sometimes mystical farmer, is forced to leave his home in Choctaw, Mississippi in search of his lifelong love, a young slave named Susannah. When she is taken by a rich gambler to Winn Parrish, Lousiana after her master loses her in a card game, Lummy has no choice but to follow... or lose her forever.

Reaching the small town of Winnfield, Lummy reunites with his long lost brother, Ben, who works as foreman on the farm of the very man who took Susannah. The surprising true nature of her new master is revealed, and Lummy finally marries his beloved on Christmas Day, 1862. With the Civil War now in full swing and the Confederate Conscription Act looming heavy over everyone, he decides to enlist before being drafted. This time, though, Lummy is the one being taken from Susannah to fight for a cause he doubts in his soul. Desperately wanting to be back with her, his only goal is to go to war, survive, and find his way back home to the only life and love that will make him whole.