When Philosophers Were Kings (Paperback) 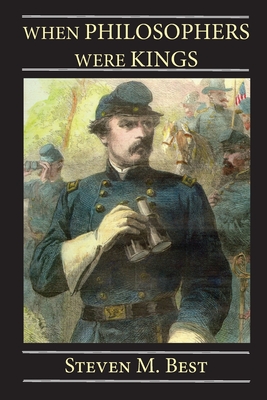 When Philosophers Were Kings (Paperback)

As the Confederacy celebrates its victory over Fort Sumter, Socrates Best and his wife, Ellen, are living in Northeast Texas where Socrates has been teaching school for five years. Educated in the philosophy of Plato and the religion of Knox, Socrates hopes to ignore the war and continue developing ruler guardians who will help make Texas great. But two former students, Buck Malneck and Billy Morse, seize this chance to put their former teacher to the test. Join the conflict or hang-those are their demands. Meanwhile, a thousand miles to the north stands Socrates' cousin Swift. Raised with Plato's Republican philosophies, but steeped in the passionate abolitionism of the Northern Methodists, Swift leaves law school to be part of the Second Wisconsin Infantry Regiment. Portage City explodes with joy as they send Swift's company off to war, but all the well wishing in the world could never prepare Swift for what awaits him at Bull Run. Amidst the revelry, Socrates' youngest brother, Ed, watches with bated breath. This crowd will one day cheer him, he decides, and everyone will know that he is finally a man. Fighting with the Army of the Cumberland across the Southeast, he will learn there is a far greater challenge in life than being a man-staying alive. This novel is based on the true story of a Wisconsin family caught up in the American Civil War, but it is also the story of the multidimensional human soul-spiritual, philosophical, and physical-and how it is affected by war. It is the story of man's ability to love, endure, survive, and find a meaningful purpose for life in a world turned upside down with hate.