Logic Bug: Why Godless Communist Atheists Are Bad for Children, Flowers, and Other Living Things (Paperback) 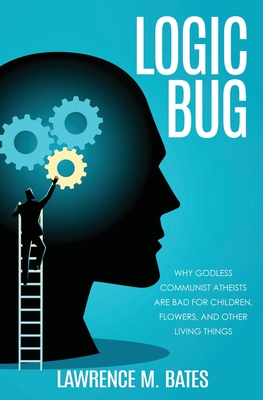 Logic Bug: Why Godless Communist Atheists Are Bad for Children, Flowers, and Other Living Things (Paperback)

Leftists and Progressives insist on presenting themselves as morally and intellectually superior. In reality, just the opposite is true. This book will show that they are in fact not very intelligent and certainly not very sophisticated. They are gullible in the extreme and easily manipulated.

For example, if you're biologically human, then you're going to need food and water to sustain yourself. If you're psychologically human, i.e. not a Democrat, then you're going to need spiritual nourishment as well. One of the ways in which Leftists and Progressives compensate for this deficiency is by bitterly clinging to a fanatical belief in the religion of Person-Made Global Climate Warming Change, a fairy tale and little more than a doomsday cult. This and other perplexities will be examined in depth. It is, as they say, a target rich environment.
Lawrence M. Bates received a B. A. in Mathematics from the University of Arizona in 1980 and spent 35 years working in the information technology sector. Now retired, he could have just stayed at home and baked cookies and had teas, but decided to start writing instead.