The Piggott Boys, Part II: The Boys on the Board (Paperback) 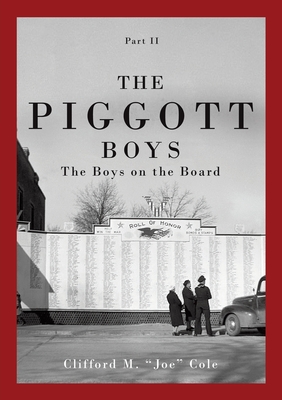 The Piggott Boys, Part II: The Boys on the Board (Paperback)

Immediately after December 7, 1941, the small Arkansas community of Piggott saw hundreds of its young men take the walk to the train depot to join the fight and defend our country. Piggott struggled with ways in which to remember these young men and to honor their commitment of service. An Honor Board was erected in the town city center to display the names of the Sons of the Community. The Board was called the "Victory" Board, however, it also became obvious that the board symbolized an incredible burden on the community and the one man responsible for preserving those names. For some, the Board did not symbolize 'victory' but the incredible burden and sacrifice that the war required. Eleven hundred names were hand painted on the Honor Board by the end of the war. With VJ day, the painting stopped. The Honor Board was left neglected until it fell under its own weight. No records were kept of the 1,100 young men whose names appeared on the Board. The creator of the Honor Board, Roy Morrow died shortly after the war's end. Like the names on the Board, his life and the contribution that he made was lost. This book is an effort to recreate that part of history that has been forgotten.

"At a time when almost two-thirds of Arkansas is losing population, I search for success stories in small towns. I also search for local heroes who make things happen. Piggott is one of those towns, and Cole is one of those heroes." Rex Nelson, Senior Editor, Arkansas Democrat-Gazette.