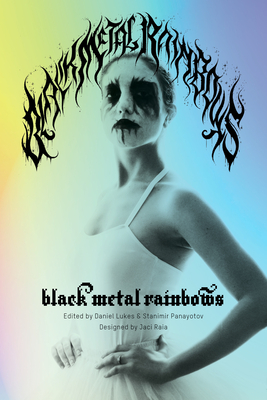 Black metal is a paradox. A noisy underground metal genre brimming with violence and virulence, it has captured the world's imagination for its harsh yet flamboyant style and infamous history involving arson, blasphemy, and murder. Today black metal is nothing less than a cultural battleground between those who claim it for nationalist and racist ends, and those who say: Nazi black metal fvck off

This unique volume envisions black metal as always already open, inclusive, and unlimited: a musical genre whose vital spirit of total antagonism rebels against the forces of political conservatism. Beyond its clich's of grimness, nihilism, reaction, and signature black/white corpse-paint sneer, black metal today is a vibrant and revolutionary paradigm. This book reveals its ludic, carnival worlds animated by spirits of joy and celebration, community and care, queerness and camp, LGBTQI+ identities and antifascist, antiracist, and left-wing politics, not to mention endless aesthetic experimentation and fabulousness. From the crypt to the cloud, Black Metal Rainbows unearths black metal's sparkling core and illuminates its prismatic spectrum: deep within the black, far beyond grimness, and over a darkly glittering rainbow