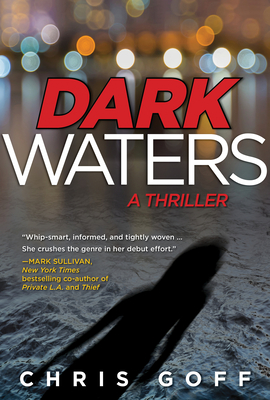 Raisa "Rae" Jordan, an agent for the U.S. Diplomatic Security Service, isn't in Israel for more than a day before her predecessor is killed in a Tel Aviv square. Assigned to investigate the assassination of one of her own, she must also protect Judge Ben Taylor and his teenage daughter. They may be the sniper's next target and are most certainly being threatened by a desperate cadre of terrorists with their sights set on the Secretary of State's upcoming visit. But is an attack on the Secretary of State all that they have planned or is that just the beginning?

There are no protocols for this kind of a situation, and following the rules is exactly the kind of thing that could get the Taylors killed. To subvert an attack that could crush the fledgling peace in the Middle East, Jordan must trust her instincts and bring together a contentious team of agents from Israel, the U.S., and the Palestinian territories to uncover a conspiracy years in the making.

With millions of lives hanging in the balance, Dark Waters, Chris Goff's explosive new thriller, is a series debut that mirrors global headlines and will have you frantically turning pages.

Chris Goff, an award-winning mystery author, began her career as a newspaper columnist. She has taught writing workshops and has served on the board of the Mystery Writers of America. She lives in Colorado. This is her first thriller.

"Goff, known for her intriguing mysteries, reveals a knack for thrillers...Goff has a winner with Raisa as a series lead. A sure bet fans of international thrillers."
—Booklist

"From the first sentence I was caught in the book... I actually felt like I was right there in the middle of the action. I didn‘t want to put the book down, I was hooked."
—Night Owl Reviews

"Breakneck pacing, fascinating characters and depth of content make Dark Waters a welcome addition to the world of thrillers. This is sure to be a breakout step for Goff."
—The Denver Post

"One of my first thoughts was that this novel was going to make Alan Dershowitz jealous...his thrillers set in Israel have nothing on Chris Goff."
—Israel Thrives

"A solid, well told story from a unique perspective."
—Reviewing the Evidence

"Whip-smart, informed, and tightly woven, Chris Goff‘s international thriller Dark Waters reeks of authenticity and intrigue. Through her frank depictions of modern-day Israel, and on the backs of nuanced characters, Goff has fashioned a story that unfolds at a blistering pace, and feels like it all could happen tomorrow. Writing like a seasoned pro, she crushes the genre in her debut effort."
—Mark Sullivan, #1 New York Times bestselling co-author of Private L.A. and Thief

"A darkly intense story with all the right moves. Goff has crafted one heck of a thriller. Great characters, cool setting, and sharp, tight writing make Dark Waters a sure winner."
—J.T. Ellison, New York Times bestselling author of What Lies Behind

“Edgy and exciting” Rich with detail and bristling with suspense, you‘ll want to put your life on hold to read this first-rate thriller.”
—Gayle Lynds, New York Times bestselling author of The Book of Spies

“Chris Goff's Dark Waters is one of the best thrillers I've read in a long time. The characters are real, the story is compelling and the action is heart-stopping. This one's a sure thing.”
—John Gilstrap, New York Times bestselling author of Against All Enemies and the Jonathan Grave thriller series

"Dark Waters is Chris Goff's breakout book. A relentless international thriller with a terrifying topic and an impressive heroine, Raisa Jordan. It's been a while since I had such fun reading the work of a fellow writer. Well done!"
—David Morrell, New York Times bestselling author of First Blood, Brotherhood of the Rose, and Murder as a Fine Art