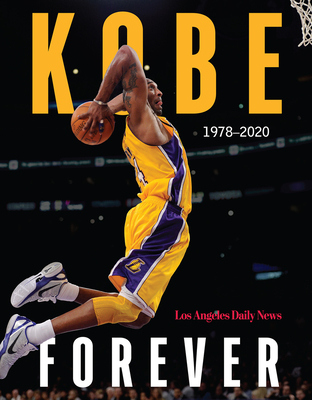 By The Los Angeles Daily News


Email or call for price. Handling fee may apply.
Kobe Bryant will forever be remembered as one of the most influential figures basketball has ever known. The Black Mamba’s path to iconic status started quietly with the 13th pick of the 1996 NBA Draft, but Kobe left his mark in Los Angeles and beyond as a fierce competitor who lifted those around him and never settled for anything less than the best.

This is a profound remembrance of an extraordinary life cut short, covering 20 years of hardwood genius plus a rich existence off the court as a father, filmmaker, mentor, and entrepreneur. Including nearly 100 full-color photographs, fans are provided a glimpse into Kobe’s early days bursting onto the NBA scene, the five NBA championships with the Lakers, his transcendent 60-point final game, and his multifaceted second act in retirement.
The Los Angeles Daily News is the local news source for Los Angeles and the San Fernando Valley region, providing breaking news, sports, business, entertainment, things to do, opinion, photos, videos, and more.