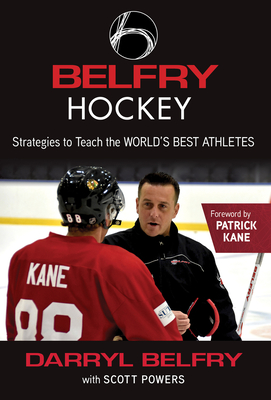 By Darryl Belfry, Scott Powers, Patrick Kane (Foreword by)
$28.00
Available to Order - Usually Arrives in Our Store in 4 to 7 Days

Scott Powers is the lead hockey writer for The Athletic Chicago. Previously, he covered the Blackhawks and the White Sox for ESPN Chicago. He has also written for the Daily Herald and the Chicago Sun-Times.

“I think it’s really, really impressive what he’s been able to do. It’s been a lot of fun to work with him and I’m really thankful he’s had a great influence on me in my career.” —John Tavares, Toronto Maple Leafs captain

“Sometimes we don’t even have to speak. We just look at each other and we know what we’re trying to do. That’s over 10 years working together and getting to know someone really well. I really respect him.” —Hayley Wickenheiser, five-time Team Canada Olympic medalist