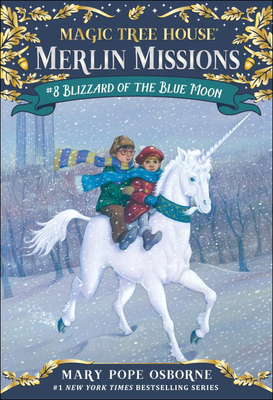 This is book number 36 in the Magic Tree House series.

Jack and Annie are off on another Merlin Mission. This time, Merlin has sent them to rescue a beautiful magical creature the unicorn. But when they land in New York City during the Depression of the 1930s, Jack and Annie are confused. Where will they find a unicorn in a big city?

MARY POPE OSBORNE is the author of the "New York Times" number one bestselling Magic Tree House series. She and her husband, writer Will Osborne (author of "Magic Tree House: The Musical"), live in northwestern Connecticut with their three dogs. Ms. Osborne is also the coauthor of the companion Magic Tree House Fact Trackers series with Will, and with her sister, Natalie Pope Boyce.

SAL MURDOCCA has illustrated more than 200 children's trade and text books. He is also a librettist for children's opera, a video artist, an avid runner, hiker, and bicyclist, and a teacher of children's illustration at the Parsons School of Design. Sal lives and works in New York with his wife, Nancy. "From the Hardcover edition."