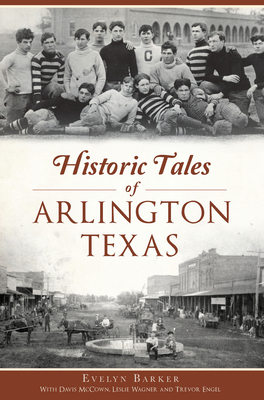 By Evelyn Barker, Davis McCown (With), Leslie Wagner (With)


Available to Order - Usually Arrives in Our Store in 4 to 7 Days
Even before its immense population surge, Arlington never dreamed small. In the 1930s, Arlington Downs attracted thousands to its state-of-the-art horse racing facility. Just three decades later, Six Flags Over Texas opened, cementing a reputation as an entertainment destination. The hubbub of the stadiums and shopping complexes that followed often obscured other parts of the community's rich heritage, including far-reaching contributions to the disability rights movement. The city suffered growing pains as well, such as the demise of college football and the deadly 1892 train depot shootout that ended the town's lawless period. Join Evelyn Barker, along with Davis McCown, Leslie Wagner and Trevor Engel, for the forgotten details of Arlington's dynamic past.