My American Revolution: Crossing the Delaware and I-78 (MP3 CD) 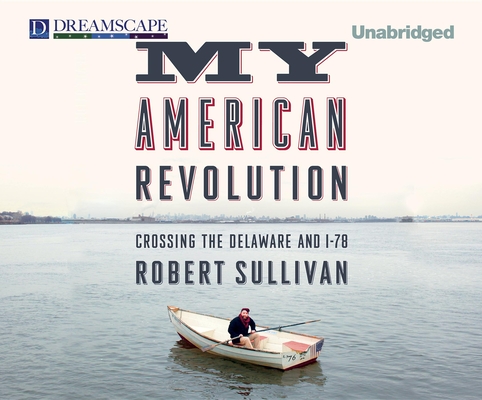 My American Revolution: Crossing the Delaware and I-78 (MP3 CD)


Title unavailable, please email for information.
In My American Revolution, Robert Sullivan investigates the true history of the crossing of the Delaware, its down-home reenactment each year for the past half a century, and - toward the end of a personal odyssey that involves camping in New Jersey backyards, hiking through lost "mountains," and eventually some physical therapy - he evacuates illegally from Brooklyn to Manhattan by handmade boat. He recounts a Brooklyn historian's failed attempt to memorialize a colonial Maryland regiment; a tattoo artist's more successful use of a colonial submarine, which resulted in his 2007 arrest by the New York City police and the FBI; and last but not least, along New York harbor, Sullivan re-creates an ancient signal beacon.

Robert Sullivan is the author of Rats, The Meadowlands, A Whale Hunt, and most recently, The Thoreau You Don't Know. His writing has appeared in The New Yorker, The New York Times, New York, A Public Space and Vogue, where he is a contributing editor. He was born in Manhattan and now lives in Brooklyn, New York. READER BIOMike Chamberlain has narrated audiobooks for Random House Audio, Blackstone Audio, Harper Audio, Penguin Audio, and Audible.com. His other voice work includes NBC Sports, The US Army, and Amazon.com. Mike's originally from New Jersey, and met his wife while performing theater in Boston. They now live in Southern California with their daughter.