By Man Shall His Blood Be Shed: A Catholic Defense of Capital Punishment (Paperback) 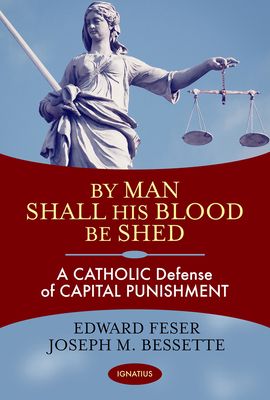 By Man Shall His Blood Be Shed: A Catholic Defense of Capital Punishment (Paperback)

The Catholic Church has in recent decades been associated with political efforts to eliminate the death penalty. It was not always so. This timely work reviews and explains the Catholic Tradition regarding the death penalty, demonstrating that it is not inherently evil and that it can be reserved as a just form of punishment in certain cases.

Drawing upon a wealth of philosophical, scriptural, theological, and social scientific arguments, the authors explain the perennial  teaching of the Church that capital punishment can in principle be legitimate—not only to protect society from immediate physical danger, but also to administer retributive justice and to deter capital crimes. The authors also show how some recent statements of Church leaders in opposition to the death penalty are prudential judgments rather than dogma. They reaffirm that Catholics may, in good conscience, disagree about the application of the death penalty.

Some arguments against the death penalty falsely suggest that there has been a rupture in the Church's traditional teaching and thereby inadvertently cast doubt on the reliability of the Magisterium.  Yet, as the authors demonstrate, the Church's traditional teaching is a safeguard to society, because the just use of the death penalty can be used to protect the lives of the innocent, inculcate a horror of murder, and affirm the dignity of human beings as free and rational creatures who must be held responsible for their actions.

By Man Shall His Blood Be Shed challenges contemporary Catholics to engage with Scripture, Tradition, natural law, and the actual social scientific evidence in order to undertake a thoughtful analysis of the current debate about the death penalty.

Edward Feser is Associate Professor of Philosophy at Pasadena City College in Pasadena, California. Called by National Review "one of the best contemporary writers on philosophy," he is the author of The Last Superstition: A Refutation of the New Atheism, Aquinas, Scholastic Metaphysics, and many other books and articles.

Joseph Bessette is a Professor of Government and Ethics at Claremont McKenna College (CMC) in Southern California, and also teaches in the Dept. of Politics and Policy at the Claremont Graduate University. He has a Ph.D. in political science from the University of Chicago. Prior to arriving at CMC, Bessette worked nine years in criminal justice.