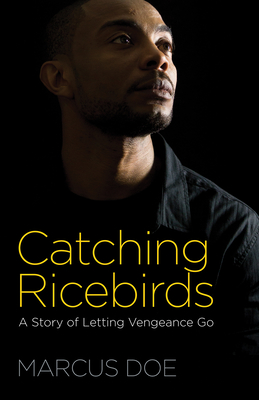 This remarkable autobiography is a journey from terror, violence, and despair into freedom, peace, and joy. Catching Ricebirds: A Story of Letting Vengeance Go is Marcus Doe's true story as a Liberian refugee who lost his family and ed his country, and ultimately learns to forgive and find peace again.

Marcus Doe was born in Liberia, West Africa, in 1979. In Doe's earliest memory, his brother Molley taught him to catch birds in their yard, luring them into traps with grains of rice. When the country erupted in civil war, Molley took part in the chaos and violence that cost the life of their father and left Marcus an orphan and a refugee.

Reaching manhood, Marcus was held captive by a spirit of vengeance. Lured into bitterness and depression, his heart was imprisoned in plans to kill his father's murderer. But God's light reached him in this darkness. Where he had been lled with hatred, Marcus slowly learned to forgive. Now his mission is to bring the hope and the peace of Christ to others. Marcus's life unfolds in four movements: first as a young boy living in Monrovia, the capital of Liberia, during a period of growing unrest; second as a refugee eeing from rebel forces that would kill him and his family without a second thought; third as a wanderer in foreign countries--Ghana, the United States--unable to return to his childhood home; and finally as an adult, coming to grips with the loss he experienced and longing to see his own healing extend to Molley and others still haunted by Liberia's suffering.

Fans of the New York Times bestseller Unbroken about Louis Zamperini will love this story as well, as it has similar themes of one man's struggle to find redemption in the face of incredible hardship.

Marcus Doe came to the United States from Liberia, West Africa, in 1993. He currently lives in Massachusetts with his wife, Annie, where he earned a Masters of Divinity from Gordon-Conwell Theological Seminary. His calling is to see his own healing extend to his fellow Liberians around the world.