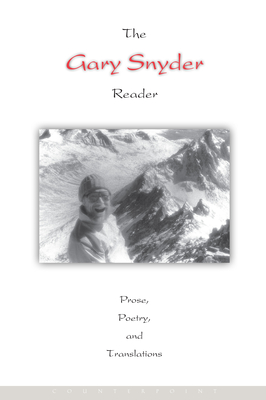 
Title unavailable, please email for information.
Gary Snyder has been a major cultural force in America for five decades--prize-winning poet, environmental activist, Zen Buddhist, earth-householder, and reluctant counterculture guru. This monumental collection gathers the essays, travel journals, letters, poems, and translations of one of the most influential voices of the twentieth century.
Gary Snyder is the author of more than twenty collections of poetry and prose. Since 1970 he has lived in the watershed of the South Yuba River in the foothills of the Sierra Nevada. Winner of the Pulitzer Prize in 1975, Snyder has also been awarded the Bollingen Prize for Poetry and the Robert Kirsch Lifetime Achievement Award. His 1992 collection, No Nature, was a National Book Award finalist, and in 2008 he received the Ruth Lilly Poetry Prize. Snyder is a poet, environmentalist, educator and Zen Buddhist.