The Age of Football: Soccer and the 21st Century (MP3 CD) 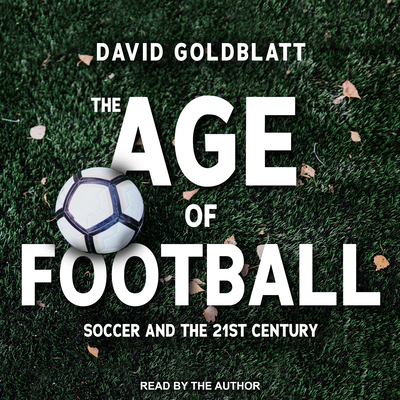 The Age of Football: Soccer and the 21st Century (MP3 CD)

Out of Print
A monumental exploration of soccer and society in our time-by its preeminent historian. In the twenty-first century, soccer commands the allegiance, interest, and engagement of more people in more places than any other phenomenon in the world. David Goldblatt-author of the acclaimed, bestselling The Ball Is Round-charts the sport's global cultural ascent, economic transformation, and deep politicization. With breathtaking scope and unparalleled knowledge of the game, The Age of Football explores soccer's vital role in our social, political, and economic lives: its connections to social discord in the Middle East and political division in Europe; the reasons behind its surprising surge in popularity in China, India, and the United States; and its use (and misuse) in the global advance of equality and human rights. Goldblatt proves that whether you call it football or soccer, you can't make sense of the modern world without understanding its most popular sport.