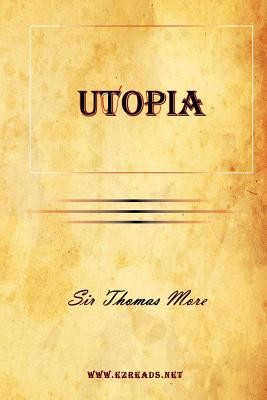 
Available to Order - Usually Arrives in Our Store in 4 to 7 Days
The work begins with written correspondence between Thomas More and several people he had met on the continent: Peter Giles, town clerk of Antwerp, and Jerome Busleiden, counselor to Charles V. More chose these letters, which are communications between actual people, to further the plausibility of his fictional land. In the same spirit, these letters also include a specimen of the Utopian alphabet and its poetry. The letters also explain the lack of widespread travel to Utopia; during the first mention of the land, someone had coughed during announcement of the exact longitude and latitude. The first book tells of the traveler Raphael Hythloday, to whom More is introduced in Antwerp, and it also explores the subject of how best to counsel a prince, a popular topic at the time.