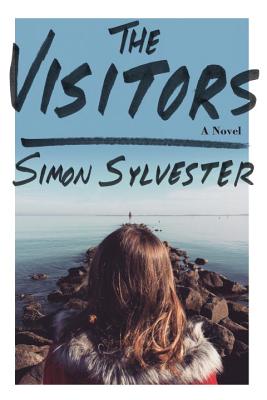 By Simon Sylvester
Please email or write store for pricing and availability information.
Hard to Find

“Neil Gaiman meets Tana French in this debut thriller that takes place on a remote island off the coast of Scotland. Flora is as independent, vulnerable, and anxious for adulthood yet yearning for magic in all of its guises as any teen you're likely to meet in literature. It is no surprise that she is drawn into the mystery of a man and his daughter moving into the abandoned Dog Cottage next door. The braiding of Scottish myth into this tale of suspicious disappearances adds a compelling twist to the wonderfully evocative setting and great cast of supporting characters.”
— Sara Hinckley (E), Hudson Booksellers, Newark, NJ

In the tradition of Neil Gaiman and Iain Banks, Simon Sylvester brings an ancient myth to life with this lush, atmospheric coming-of-age tale

Nobody comes to the remote Scottish island of Bancree, and seventeen-year-old Flora can’t wait to move to the mainland when she finishes school. So when a mysterious man and his daughter move into isolated Dog Cottage, Flora is curious. What could have brought these strangers to the island? The man is seductive but radiates menace, while Flo finds a kindred spirit in his daughter, Ailsa.

Meanwhile, several of the men on Bancree have disappeared, unnerving the community. When a body washes ashore, suspicion turns to the newcomers. But Flo suspects something else, even though it seems impossible: She asks local residents for anything they know about”selkies,” the mythical women who can turn from seal to human and back again.

Convinced of her new neighbors’ innocence, Flo is fiercely determined to protect her friend Ailsa. Can the answer to the disappearances, and to the pull of her own heart, lie out there, beyond the waves?

SIMON SYLVESTER is a writer, teacher, and occasional filmmaker. After working as a camera assistant and journalist, he began writing fiction, and his short sotries are published regularly in literary journals. He lives in Cumbria with his partner and their daughter.

“The Visitors offers a moody, beguiling, absorbing take on the myth of the selkie, one that asks what the attention these creatures offer their human suitors truly demonstrates: a bottomless love or a heartless caprice? In Simon Sylvester's hands, the mysteries of character are every bit as enticing as the mysteries of abduction and violence, and every bit as unpredictable.”
—Kevin Brockmeier, author of The Brief History of the Dead

“In The Visitors, Simon Sylvester has created both a world where I want to live—the island of Bancree, off the west coast of Scotland—and a seventeen-year-old heroine named Flora, whom I would follow anywhere. With marvelous skill he weaves together the legends of the selkies and his modern, murderous plot. The result is a novel of dazzling pleasure and deep suspense.”
—Margot Livesey, author of The Flight of Gemma Hardy

“It’s an astonishingly assured debut, fit to put the fear of the deep dark sea into other authors, be they old hands at the shennachie profession or first-timers like Sylvester himself.”
—Tor.com

“Beguiling, unputdownable.”
—The Globe and Mail

“The type of novel you miss after putting it down, like an old friend gone away from your life. Don't be surprised if Sylvester gets as big as Gaiman or Joyce, as he most certainly has the mettle to do so.”
—LitReactor

“Fantastic descriptions of island life, of the diesel-spluttering ferry that forms Bancree’s tenuous connection with the rest of the world and of the moods of the sea around it. Lovely… Sylvester has a gift for storytelling.”
—Sam Jordison, The Guardian (UK)

“Sylvester’s nicely done first novel is an invitation to imagination as it explores the ambiguous intersection of fantasy and reality."
—Booklist

“A meditation on place, history, and progress… The mythic echoes are allowed to resonate, making the reader question the line between story and truth. Successfully explores the power of stories and storytelling across place and time."
—Kirkus Reviews