Chicken Soup for the Soul: The Miracle of Love: 101 Stories about Hope, Soul Mates and New Beginnings (Paperback) 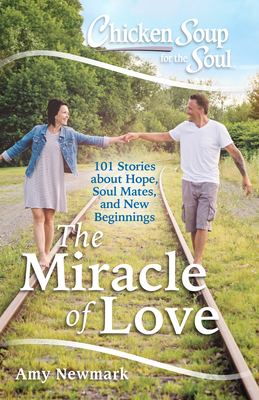 The Miracle of Love can happen when you least expect it—in new relationships and in old ones—at any age and any stage of life.

Love happens—and these stories of dating and romance, proposals and weddings, second chances, and happiness at any age will put a smile on your face. Whether you’re in a longstanding relationship or looking for your soul mate, you’ll enjoy these stories of true love, serendipity, and destiny. Read about:

Amy Newmark is author, publisher, and editor-in-chief of the Chicken Soup for the Soul book series.