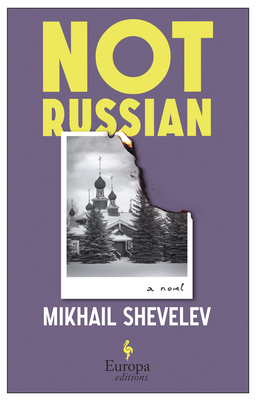 A gripping, illuminating novel about recent Russian aggressions and the humans caught in the crossfire.

One evening in 2015, the journalist Pavel Vladimirovich and his wife Tatyana are at home when the news breaks that there has been a terrorist attack. Over a hundred people have been taken hostage in the Church of the Epiphany in the village of Nikolskoye near Moscow. As they watch, on the TV screen appears the face of one of the terrorists: Vadim Petrovich Seryegin, an old friend of Pavel's.

The friendship between the two men evolved through periods of conflict, war, peace, emigration, and isolation. Pavel may be one of Vadim's only friends, and when others realize this, he is asked to negotiate with Vadim.

The Church is horrifyingly silent when Pavel enters. Vadim welcomes Pavel but refuses to capitulate. As the stakes get higher and higher, Vadim's story including his connection to the wars in Chechnya and the Ukraine is revealed and it becomes clear that the first meeting between the two men was not all it first seemed to be to Pavel.

Back in the church, Pavel learns that the terrorists have one and only one demand, and that it concerns the President of the Russian Federation, Vladimir Putin.