After the War (Paperback) 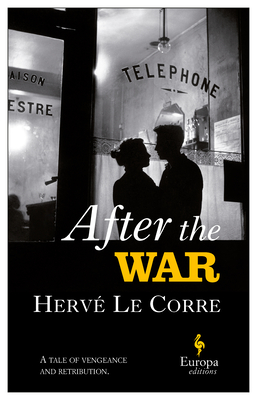 By Hervé Le Corre, Sam Taylor (Translator)
$19.00
Available to Order - Usually Arrives in Our Store in 4 to 7 Days

The legacy of the Second World War persists in this multi-layered tale of vengeance and retribution.

1950s Bordeaux is a city plagued by memories of the Second World War. The scars of collaboration and resistance are more keenly felt than ever and citizens struggle to move on. But across the sea, another war has already begun. The young men of France are sent in droves to Algeria, where they wage brutal battle in a conflict so new it hasn't yet been given a name.

Twenty-year-old Daniel has heard the stories. Whispers of massacres and mutilations, of ambushes and patrols played out under a burning north African sun. He knows that he is next in line to join the fight, but with just a month left before his departure he is unsure of his path. The loss of his parents and sister in the atrocities of the last war haunt him, and leave him questioning why he is going to fight in the first place.

Meanwhile, Albert Darlac, the godfather of Bordeaux, finds himself tormented by a past that won't disappear. Corrupt police chief, fascist sympathizer and one-time collaborator, Darlac soon discovers that some things won't remain buried. Before long, a series of explosive events will set off a spiral of violence that will bring the horrific legacy of wars past and present to the streets of Bordeaux.

Herv Le Corre has produced a truly uncompromising, multi-layered masterpiece set in a world driven by and built on vengeance.