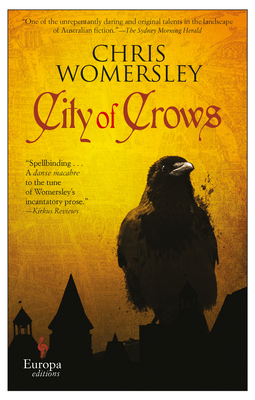 "Signs, wonders, and witchcraft beset 17th-century France" in this "grim but spellbinding" novel of a mother searching for her son inspired by true events (Kirkus Reviews).

France, 1673. A young woman from the country, Charlotte Picot must venture to the fearsome city of Paris in search of her last remaining son, Nicolas. Either fate or mere coincidence places the quick-witted charlatan Adam Lesage in her path. Adam is newly released from the prison galleys and on the hunt for treasure. But Charlotte, believing him to be a spirit she has summoned from the underworld, enlists his help in finding her child. Charlotte and Adam--comically ill-matched yet essential to one another--journey to Paris, then known as the City of Crows.
Evoking pre-revolutionary France with all its ribaldry, superstition, and intrigue, "Womersley weaves a haunting tale of the drastic lengths people will go to achieve their deepest desires" (Publishers Weekly). "A gothic masterpiece."--Better Read Than Dead
Chris Womersley's previous novels have been awarded the Ned Kelly Award for Best First Fiction, the Indie Award for Best Fiction, the ABIA Award for Literary Fiction, and have been shortlisted for the Miles Franklin Award, The Age Book of the Year, and the ALS Gold Medal for Literature. His short fiction has appeared in Granta, The Best Australian Stories, Meanjin and Griffith Review. Womersley lives in Melbourne with his wife and son.